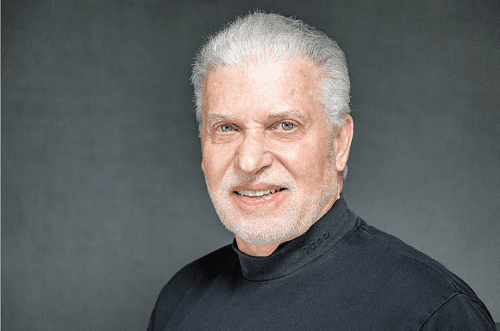 Denver – Over the past 25 years, there have been two constants at COLOTRUST. The first constant is that COLOTRUST has maintained its ‘AAAm’ ratings for S&P Global Ratings on both the COLOTRUST PLUS+ and COLOTRUST PRIME funds, as the program always strives to adhere to its primary objectives of safety, liquidity, and yield. The second is that Al Dominguez Jr. has been a COLOTRUST Board member during this duration and, most importantly, served as Chairman of the COLOTRUST Board and Executive Committee for more than 15 years.

Mr. Dominguez has led a fascinating career, with much of it dedicated to public service. He began his career in the United States Air Force where he served until 1965. From there, he received a law degree from the University of Colorado Boulder and practiced law in his own office for 18 years before being elected District Attorney of the 19th Judicial District in Colorado where he spent 16 years serving the public. In his spare time, he acted on stage and had lead parts in over 70 productions. Since retiring in 2005, he started his own business as a leadership coach, volunteered his time on many not-for-profit boards of directors, and, of course, continues to act on stages across the state.

In the early 1990s, Mr. Dominguez began his journey with COLOTRUST and joined the Board of Trustees. He has been a cornerstone of COLOTRUST for the past 25 plus years, and his commitment and ethical dedication to the program has been monumental, benefitting local governments throughout the state of Colorado. During his tenure, COLOTRUST has experienced tremendous growth, both in participation and assets under management, but most importantly, Mr. Dominguez successfully upheld the Board’s vision that the confidence and satisfaction of the COLOTRUST Participants should be held in the highest regard.

Mr. Dominguez is succeeded by Mr. Scott Wright, the Assistant Town Manager and Finance Director for the Town of Avon, who also has a longstanding relationship with the Board with more than 20 years of service as a member of the COLOTRUST Executive Committee, as Treasurer for the COLOTRUST Board, and as the Chairman of the John Amato Audit Committee. Mr. Dominguez will continue to serve on the Board with his current term running through 2021.

“I have had the pleasure of working alongside Mr. Scott Wright for many years and have seen his dedication to the organization and the success of the program. I know that he has the best interest of all Participants at heart and will be a great leader as COLOTRUST in the years to come. He is a firm believer in safety, liquidity, and yield, the foundational principals of the COLOTRUST philosophy and will make sure that the Board continues to put Participants first,” said Mr. Dominguez.

On behalf of the members of the Board of Trustees and the team at Public Trust Advisors, we sincerely thank Mr. Dominguez for his many years of leadership and service as COLOTRUST Chairman.

This press release is for informational purposes only and should not be considered a solicitation of investment advisory services. A ‘AAAm’ rating by S&P Global Ratings is obtained after S&P evaluates a number of factors including credit quality, market price exposure, and management. Ratings are subject to change and do not remove credit risk.